The difference two weeks can make, the pups all have their eyes open now, wolfie boy was the first, but not surprising given he is the biggest and actually looks like a 3 week old puppy.  They can motor about in their funny way – like breaststroke for beginners and with attempts to stand.  They are now interacting with each other and Halla, playing for short periods which amounts to sort of gumming each other and rolling over!  So today they moved location, from the quiet of the whelping box in the spare room, to a bigger pen in the study, so they can start socialising and learning about the noises and experiences around the home.

They were wormed this week too, as ever syringing the medicine in on day 1 of 3 is usually reasonably easy – and most stays in the mouth, but on day 2 & day 3 they are wiser and try and spit it out – so you have to be quick.  I am often asked, why do you need to worm pups, surely they don’t have worms if you are a proper breeder, well facts are, no matter how well you worm adult bitches, the pups can still have worms.

Its because of the clever way the roundworm lifecycle works – theses parasites are pretty devious !  Whilst routine worming with a veterinary prescribed medication such as Advocate or Drontal will in effect kill off the worms in your dog, some larvae can become dormant in a encysted stage inside the tissues, and the hormones of pregnancy simply awaken these dormant larvae and they migrate to the pups in utero or through feeding from the dam.  So no matter how much you worm a bitch -there will always be these pesky dormant encysted versions waiting.  So its important to worm the pups regularly from birth.

The pups also have a weekly nail clipping session, boy do their nails grow quickly – and you have to feel sympathy for Halla with the pups hungrily pummeling her teats to get the milk, and sharp nails are a definite no no!

(To see a bigger photo just click on the image) 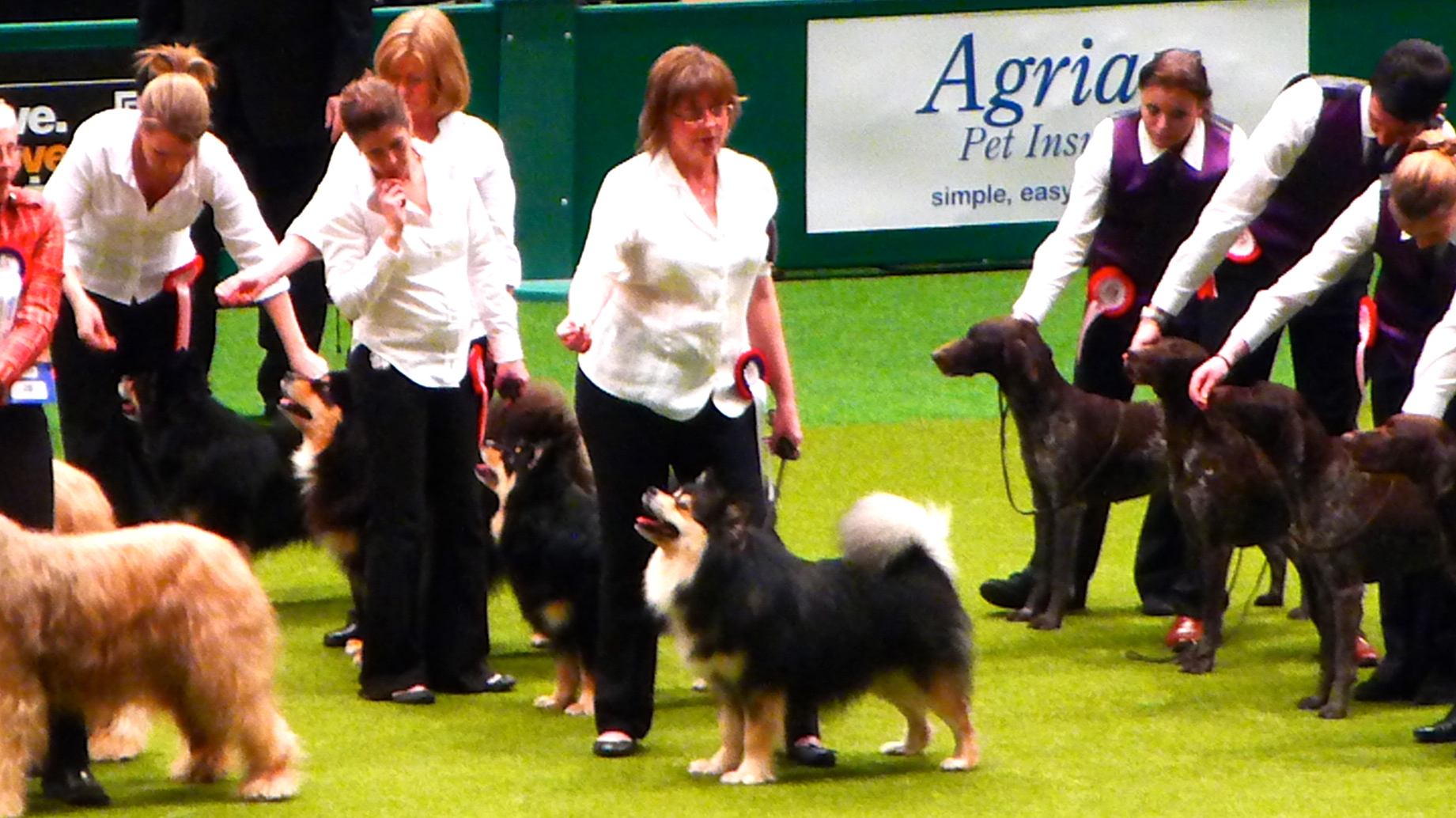