Ladies Kennel Association (LKA) is the last Championship Show of the year and whilst no longer the last qualifier for Crufts it has always boasted a great entry and this year was no exception with 73 dogs entered for Marion Hodgson.

The girls had a fabulous day – with three making the best bitch line up – Elbereth Suvituuli JW winning the Good Citizen bitch class (again – has she ever been beaten in this class I wonder?), Ch Elbereth Pelinainen JW wining Open bitch in a super quality line up and baby Lumo, Elbereth Lumenlumo winning puppy and junior bitch.  So a bit of wheeling and dealing to work out handlers; Kate French kindly steeped in to handle Tuuli, Angela took over her own dog, Peli, and I handled the pup.  Was delighted when Peli was awarded her 19th CC and over the moon when Lumo won the res CC from puppy, only the second ever cream (first bitch) to win a Res CC, and of course this give her, her stud book number so she qualifies for Crufts for life! Lumo then went on to take Best Puppy in Breed.  Special thanks to Fiona for asking me to take Lumo to the show on her behalf.

Must not forget the boys with good placings for the three musketeers, brothers Tuulenpoika, Jokikarju and Timanttimäki.

The final results are in for 2018 results, and Ch Lecibsin Ukas to Elbereth was runner up best male in the year winning 4 CCs (3 with BOB)  plus another BOB and Peli won five CCs plus 3 additional best bitches  – and topping the puppies for the year was Elbereth Tuulenpoika JW – who was also the first male winner of the new JW.  The Elbereth Breeder Team also qualified for the Breeder Final at Crufts 2019. 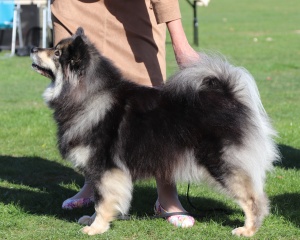 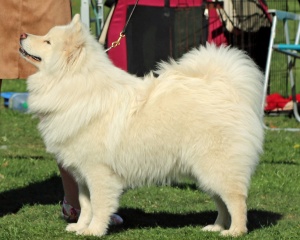 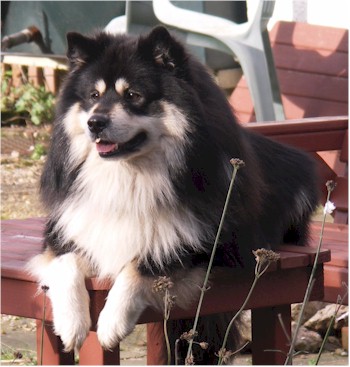