What a super day at Crufts, under Espen Engh, its lovely going with no expectations and then getting some super results, especially when the next generation start to make their mark!  First up was the “old man” Multi Ch Elbereth Matkamies ShCM, he is the breed record holder – and has held that title since 2011, and is now eleven years old!  He has nothing to prove having “done it all” but he loves the shows especially those carpeted rings and was looking great – so we thought why not!  He never let me down, he moved around the ring like a two year old, out in front of me and was second placed to a younger dog, who then went onto take BOB and shortlisted in the group – so cannot be bad.

It was a long wait to open dog, when we had three dogs competing in the class, Ch Lecibsin Ukas to Elbereth, his son – ch Elbereth Tuulenpoika JW and the import who is visiting Sam & I in UK and staying with Sam, Ch Cantavia Liekinloimu (Viima).  After close scrutiny of the dogs our judge, selected E Tuulenpoika to head the class,beating his sire, Ukas into 2nd, and Viima was a respectable 5th, at his first UK show handled by Sam.  I was then in am interesting situation standing by with second placed dogs in both open & veteran in case needed for the challenge.  the DCC was awarded to Multi Ch Ukkonen Vintervidda from Norway the veteran winner, so Matkamies was called back to the ring to challenge his nephew Poika for the RCC, with the award going to the younger dog.

Unfortunately most of the Elbereth girls were back home out of coat – including Pelinainen who has previously been awarded BIS under Espen Engh.  The pressure was on young Elbereth Lumenlumo JW our young creamy who was entered in limit.  She does look good on these brighter coloured carpets, and she flew the flag well, wining the limit class.

2020 marks a decade of showing for Lapphunds at Crufts

A big thank you to Mark Treasure for yet again taking lovely photos of the team. 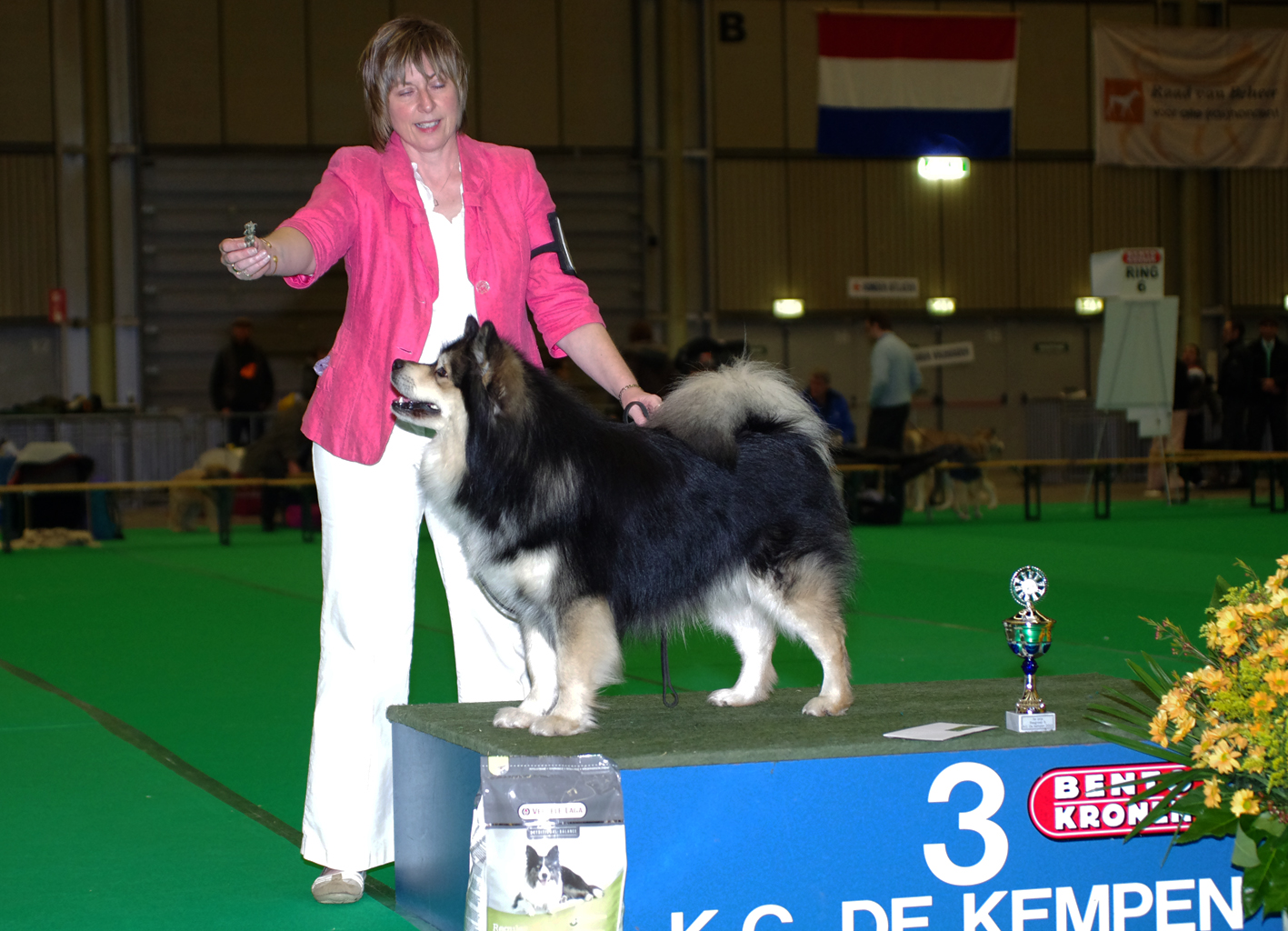