Lumiturpa Otso was a boy had had admired in Finland – in fact in Finland when I judged at Aptus in 2006 I awarded him Best dog.  Then a number of years later when I head he was coming to Crufts dog show I joked that wouldn’t it be brilliant timing if Taru came in season at the same time, and a mating could be organised.  Well wishes do come true, and Steve had the job of meeting Otso with Taru on the UK motorway network and a mating duly took place. 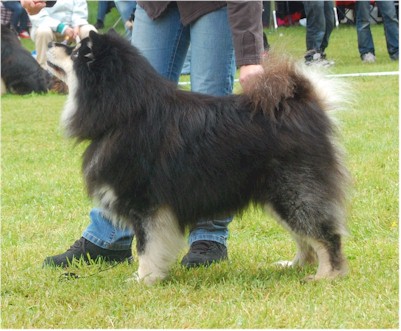