Cruft 2017 was judge by Carol Stuckey – who awarded Matka his 4th CC back in 2012, at Crufts 2017, Team Elbereth did great, Matkamies winning two classes (veteran dog and the Good Citizen Class), Lecibsin Ukas to Elbereth winning Post graduate, he behaved great for Sam Moore.   There were wins too for Pelinainen (open bitch) and Suvituuli (good citizen bitch) and it was fabulous to see three Matkamies daughters in bitch line up (Peli, Tuuli and Tahti) – with Tahti taking BOB (Vasaran Barbarossa).  There were second placings for Valoktassu, Marja and Kaikki – so a great day at the office.

In 2015 Matkamies was BOB, in 2016 his daughter Pelinainen was BOB and in 2017 another daughter, Vasaran Barbarossa was BOB – not a bad record eh? 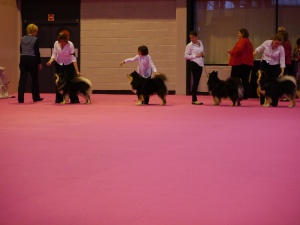 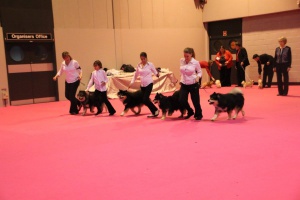