Another Breed First or Two!!!

Another Breed First or Two!!!

Wow the year started well and has been amazing through to the summer with so much excitement.

At the FLC of GB show under Juha Kares from Finland we had a fabulous day – taking 3 out of the 4 major awards:

Then at the Working & Pastoral Breeds of Wales under Allyson King,E Tuulenpoika took BOB with Fiona’s Elbereth Lumenlumo taking BOS.

At Southern Cos – the breed was was judged by Jussi Liimatainen, where the star of the day taking BOB was Ch Tilkkuturkin Hallantuoma JW ShCM and Ch Lecibsin Ukas to Elbereth won the RDCC

Heading north to Border Union, under breed Specialist – Carol Stuckey, it was a fabulous 20th CC to Ch Elbereth Pelinainen JW – pushing the bitch record closer to her sire’s overall breed record!!  But it was a special day for Fiona’s Elbereth Lumenlumo who won the final points needed to be awarded her Junior Warrant – the first cream to achieve this accolade.

Windsor is a special show – such a fabulous venue – and the class being supported by the Southern Finish Lapphund Society who promote the judge and offer specials, means it has a super entry,  at the show Sheree Dickson, breed specialist, made it a truly special day – awarding the CC and BOB to Elbereth Lumenlumo JW, yet another breed first, a CC and BOB at this level for a cream lapphund. 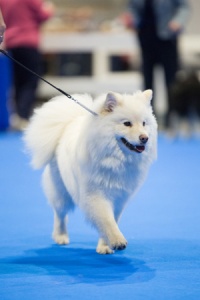 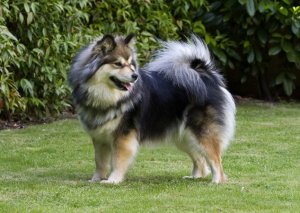 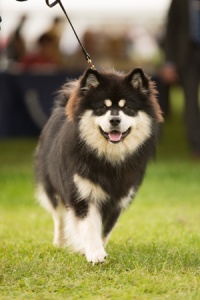 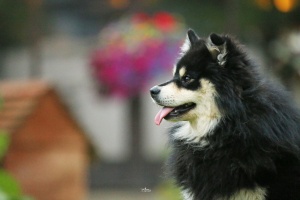