Two weeks old is a pretty big birthday in the life of a puppy.  Not only do you have to suffer the indignation of being weighed, then having your weekly pedicure.  It’s THAT time when you have your first dose of wormer YUK!

I tend to weigh puppies every week – just to make sure each is growing well, and comparably, this has always been a very even litter – all weighing in between 400-450g at birth, and now they all weigh around 1100g in so far as I can see as they wriggle on the scales.  Pudding is aptly named and tops the scales at over 1200g!  Weighing is also necessary for puppy worming.  Each week I also trim their nails, its as much for Huntu’s benefit as well as to ensure they don’t catch on bedding or become unsightly as they get older.  Also I think that regular handling helps them to acclimatise to the trials and tribulations of grooming as they get older, its never too young to start their training.

The next shock they got was their first taste of wormer!  Imagine only experiencing nice warm milk as you suck as the only thing that has been in your mouths and then suddenly a ghastly white liquid is squirted into your mouth, its quite comical really (in a perverse way) to see them try and spit it out.  The worming regime is necessary and involves three daily doses at 2 weeks then repeat at 5  weeks and I tend to repeat again before the pups leave home.  There is a stigma attached to puppies having worms – but sadly the facts are that roundworm is a very clever parasite, and no matter how diligent you are as an owner worming your dogs regularly, you cannot prevent maternal transfer to puppies in utero or through milk.   The worm has a cyst stage which lies dormant and unaffected by regular worming, until the hormones of pregnancy “awake” the cysts and they transfer across the placenta or through milk to the puppies.  Therefore it is important to start worming as soon as possible using a veterinary grade product and continue this through the life of your pet.

Away from the less attractive elements of being a puppy, we did get some quick shots, before the light totally failed (I avoid flash photography as their eyes have only just opened) – click on each thumbnail to see a larger version, plus a video of the puppies feeding. 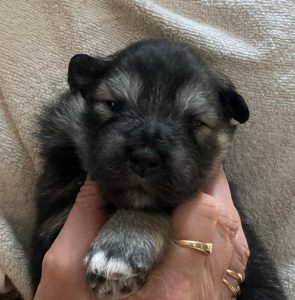 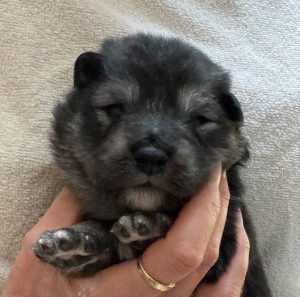 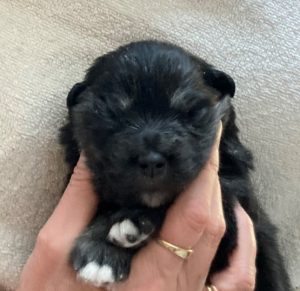 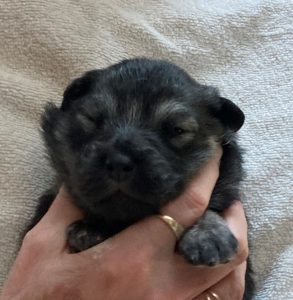 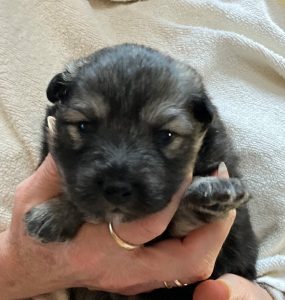 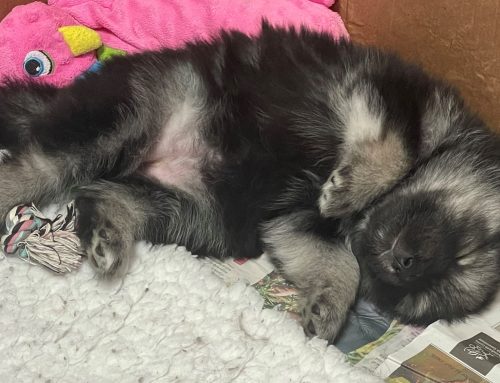 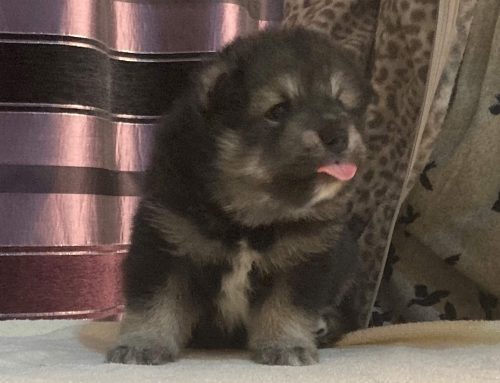 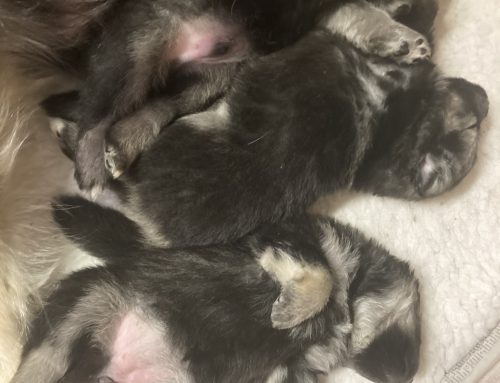 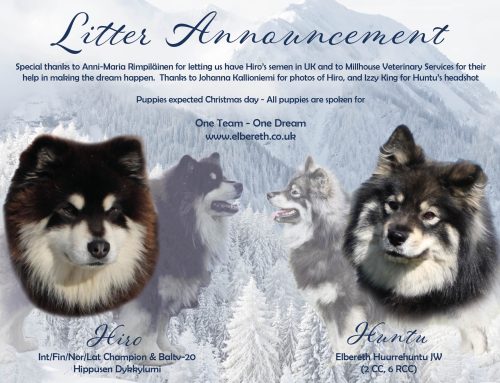